Do you have any questions about Arctic science and fieldwork?

If so, get in touch and we will aim to answer by the end of the cruise!

We answered some of the questions. More will come soon.

Pelumi: What kind of animals are in the Arctic? Are there penguins?

There are lot of animals which are adapted to living in a cold environment, where they have to survive on food from the ocean and also from the sea ice. At the moment, we are sampling lot of diatoms and copepods in the sea water which we collect (algae and zooplankton). These are important to support the rest of the food web:

Mammals: Seal (seen), polar bear (seen), whale (hopefully soon!), killer whale (some of the crew saw a pod, but we have yet to see them), narwhal, walrus, polar fox

Penguins are only found in the Southern polar regions of Antarctica, just like polar bears are only in the Arctic and not in the Antarctic. Although both regions are cold, icy sea environments, they are so far from each other that very different animals live in the two regions. -Robyn

Dominik: Are there narwhals (unicorns of the ocean) there?

We are in an area of the Arctic Ocean where there could be narwhals, however they are very shy and difficult to spot! It is also hard to see their ‘unicorn’ horn unless they come to the surface. We are however crossing our fingers that we will see some, as none of us have ever seen a Narwhal. -Robyn

Tayyab: What kind of rare/endangered animals are in the Arctic Ocean?

Efe and Ikram: How cold is the Arctic?

The weather in the Arctic can be pretty variable. During this cruise, we have had quite bad weather. When we were in the open sea, there were a lot of waves and wind. Some people got sea sick but the pills and patches we have on board help to fight off the sickness and allow people to get on with their work.

In the ice, it was calmer but very cold and sometime snowing. We have only had one sunny day that was amazing as the sea ice was shining.

The summer in the Arctic is pretty much the same kind of weather (temperature, wind, rain/snow etc.) as a cold winter in Northern Europe. Except that it is day all the time ! In the Arctic winter, it is much colder (down to -30 degrees Celsius) and it’s night all the time. -Camille

Rayaan: How salty is the water?

Its very salty. You wouldn’t want to drink it. If you put 1.5 teaspoons of salt into your cup of tea it would be like drinking sea water (and could make you ill if you drank too much of the tea)!. Adding salt to water also increases its density, which means it is easier to float in when you are swimming compared to being in a swimming pool. -Jo

Goose class: What do you do each day on the boat?

Fabian: Are there any animals in the Arctic that have cross-bred?

There are no cross-breed species in Arctic.

However, polar bears and Grizzly bears, which look quite different, are actually the same species. This means that the have the same genes and can have cubs together. They developed different physical characteristic such as their fur colour to adapt to the environment they live in. Polar bears which live on the ice have white yellowish fur and grizzly bears which live in conifer forests in Canada have dark brownish fur. Thus, they can camouflage themselves. It’s the same for Arctic wolves which are the same species as grey wolves as is said in Marley’s Arctic Chills post. -Camille

Idris: What animal is at the top of the food chain and what is at the bottom?

Plants are the base of the food chain in every environment. In the Arctic Ocean, plants are the phytoplankton, such as diatoms.

The animals which are at the bottom of the marine food chain are zooplankton. In the Arctic, the most abundant ones are called copepods.

The animals which are at the top of the food chain are the carnivorous ones. They are called top predators. In the Arctic, they are killer whales and seals which feed on fish. The polar bears are at the very top and feed on seals. – Camille

Erin: If you went deep enough into the ocean, would you shrink?!

Tayyab: How many times does the ice melt a year?

Marley: How cold is the water?

Bailey: If someone was to stay under the ocean for 3 minutes in a wet suit, would it shrink?

99m long! This ship is used to transport crew, scientists, food and equipment to and from the Arctic and the Antarctic so it has lots of hold space. Underneath the main decks it also has huge engine, water desalinators (where seawater is converted in to drinking water), and stabilisers to stop the ship from rolling around too much. – Celeste 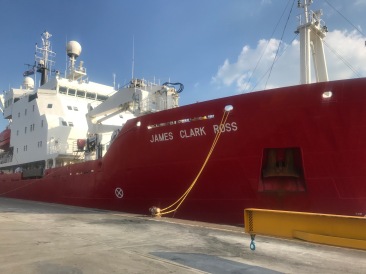 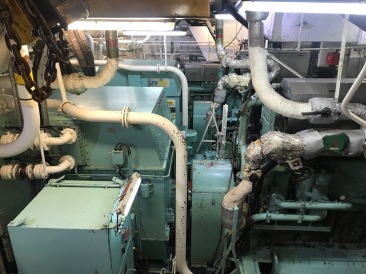 Aimee 3.2: Will you see any polar bears?

We saw one! It was a young adult. – Robyn, Celeste and Camille 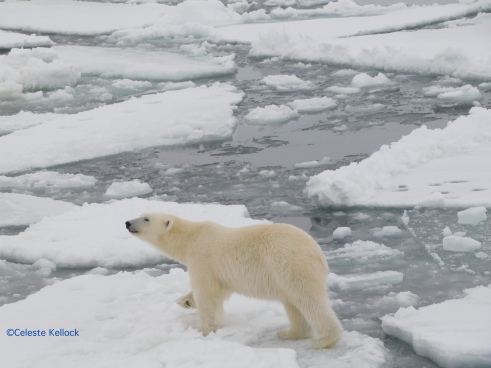 James, Conor, Kern, Euan 3.2: What subjects did you take in school?

Kavannagh and Sandra 3.1: What type of clothing will you need to keep yourself warm?